Have you ever wanted to see the intermediate values of a variable which is inside a loop without pausing the execution via breakpoint?

I am sure you will say YES. A visual studio feature called Tracepoint can be very helpful in these scenarios.

Breakpoint allows to stop at a point where you can see the variable value but you may loose the track of it loops for more than 4-5 times.

Tracepoint is an awesome feature of Visual Studio and it is available since Visual Studio 2005. It allows you to write the values in output window without even stopping at any point or you can stop it after the loop and see how the loop progressed based on your needs. I recently started using it and found is very useful. I am sure it is relatively less used.

Let’s see an example. Here I have created a simple program which finds out the nth number in a fibonacci series. Lets see the code

Now I am going to set a tracepoint at line #41. To set up a tracepoint, one need to set up a breakpoint and right click on it which provides few options, then select Actions which opens window as

(In earlier versions of Visual Studio, the options was named as Choice which is Actions as mentioned above)

Here I have written i={i} => result={result} . The values insde {} are the variable names in the program and the value of these variables will be printed.

The messages will be logged in output window. See here the check box Continue Execution which is self explanatory. If you uncheck this then the breatpoint would be hit as normal and pause the execution. So lets run the program and see the output window

I have provaide value 7. Here you can see that the value got printed here for each loop iteration. This is quite useful if number are pretty high.

Debugging is also get tricky in case mutli-threading and asynchronous programming scenarios which is pretty common nowadays. 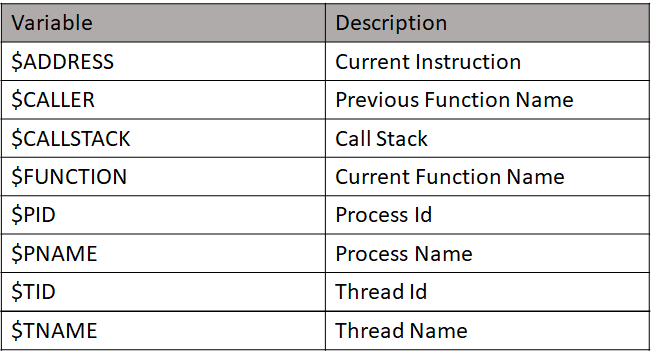 One thought on “TracePoint : An awsome feature of Visual Studio”